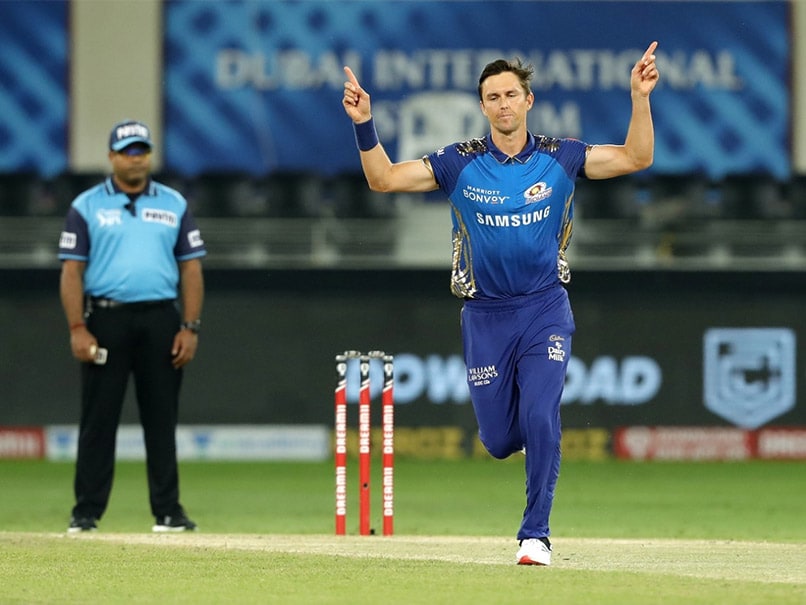 Trent Boult has been rested by New Zealand for the series against West Indies.© BCCI/IPL


New Zealand pace spearhead Trent Boult has admitted that staying inside a bio-bubble is a “big sacrifice” for a player. Sporting action across the world has resumed behind closed doors as the coronavirus pandemic continues to rage. Players stay in a bio-secure environment as a precautionary measure against COVID-19. The left-arm fast bowler also said such a lifestyle will play a big role in the way players plan their schedules for the international calendar. “I cannot speak for everyone but it is definitely going to play a big role in the game. Having to come back to New Zealand you have to spend two weeks in a hotel before you can even be let out,” ESPNcricinfo quoted Boult as saying.

“It is crazy what the world is facing at the moment, it is almost surreal, and it is going to be a hard one to say what guys are feeling and what they are able to do,” he added.

Boult has been rested for the T20I series against West Indies which gets underway on Friday. The left-arm bowler will feature in the Test series slated to begin from December 3 in Hamilton.

The New Zealand pacer is currently quarantined as he returned from the UAE after winning the IPL with the Mumbai Indians. Boult will get to meet his family once his isolation ends on Thursday.

“Having experienced three and a half months away from my young family – I have two young boys and a wife back home whom I have not seen – so you can imagine it’s a big sacrifice to just pack up and leave for a quarter of the year and looking at potential tours next year, there’s potential to be away for nine to ten months,” Boult said.

New Zealand will face off against the West Indies in the first T20I on Friday in Auckland.