There goes one of his nine lives! Dramatic moment scorched cat leaps from second-story NYC apartment window as flames lick its tail in building fire ‘set by homeless intruder’

By Trevor Boyer For Dailymail.com

This is the moment a cat leaped to safety from a second-story window – missing the arms of all its would-be rescuers, but landing safely on the ground – after a fire broke out at its New York City apartment.

Its fur was smoking and the ginger tabby was stained black with soot and smoke.

But Animal Control said the animal was in surprisingly good shape after escaping the blaze at the Lincoln Houses development, in Harlem on Saturday.

Video captured by onlooker Aaron Ganaway showed the cat hanging out the window as the flames licked at its tail. Eventually it jumped, landing on its feet before someone corralled it and handed it to a cop.

The orange tabby hesitated on the second-story ledge as onlookers coaxed him to jump and cops waited. As flames billowed from the window, the cat decided to jump headfirst to the ground below 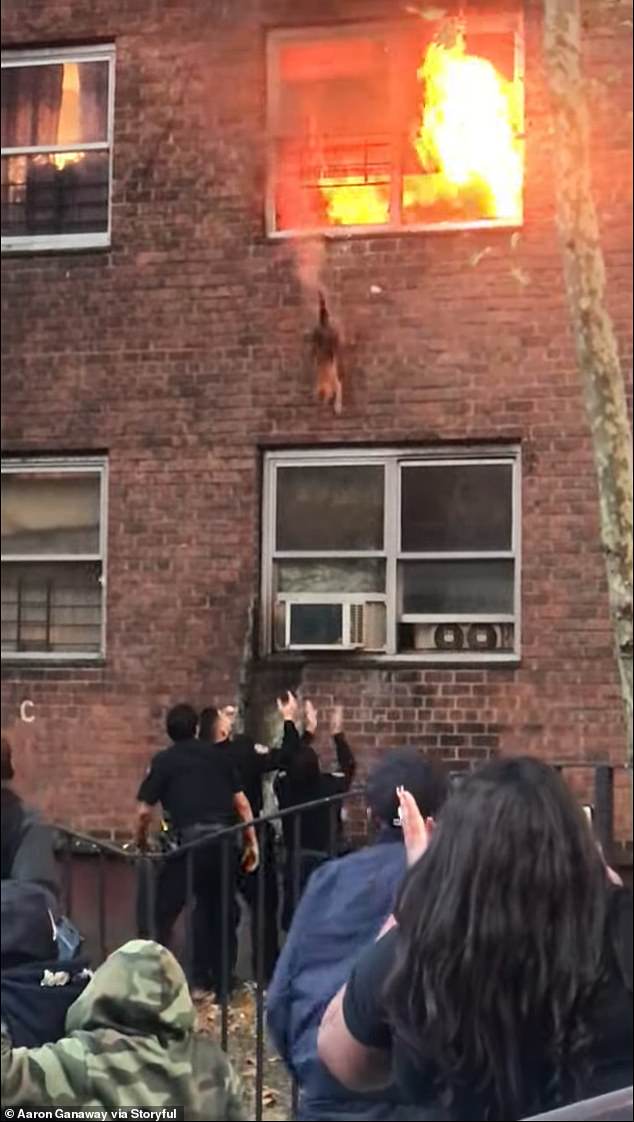 Half his fur singed and trailing smoke, the cat leapt and found safety on the ground below the Fifth Avenue apartment building in Harlem

The fire began Saturday evening. Police responded to a 911 call saying that a man was violating a restraining order in an apartment building on Fifth Avenue.

Police found a man had barricaded himself in a second-story apartment where he did not live.

Willie Manning, 61, who allegedly set the fire, was discovered passed out when police were finally able to enter the apartment.

Manning is the resident’s ex-boyfriend, and has 30 prior arrests on his record according to the New York Post. He was hospitalized and treated.

Seven other people, including two cops, were injured in the blaze.

The orange tabby was turned over to Animal Control Centers.

A spokesperson there told NBC New York that the cat, who’s been nicknamed ‘Tomcat,’ was ‘in pretty good shape’ even after inhaling smoke.

Authorities are looking for the owner of the leaping feline. 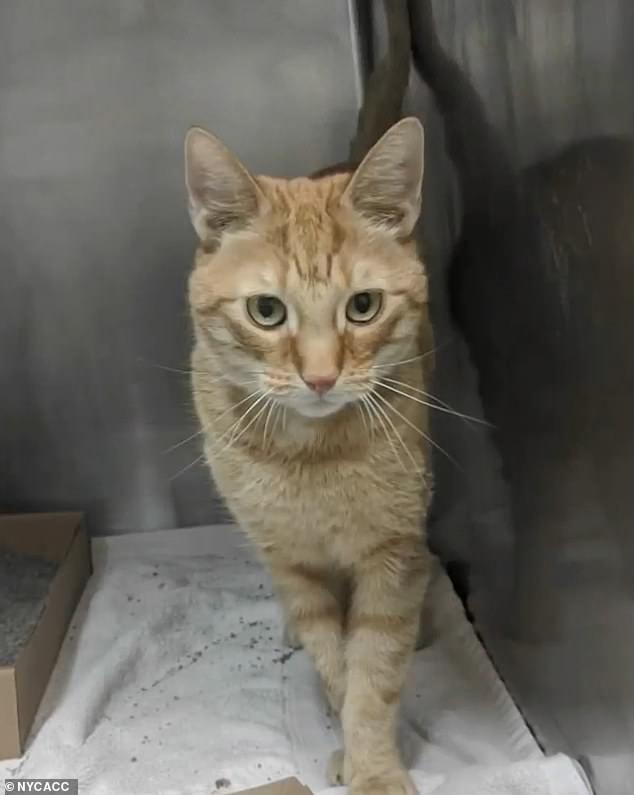 The singed Tabby ended up in the care of Animal Control Centers. A spokesperson said he inhaled smoke but was in ‘pretty good shape’ 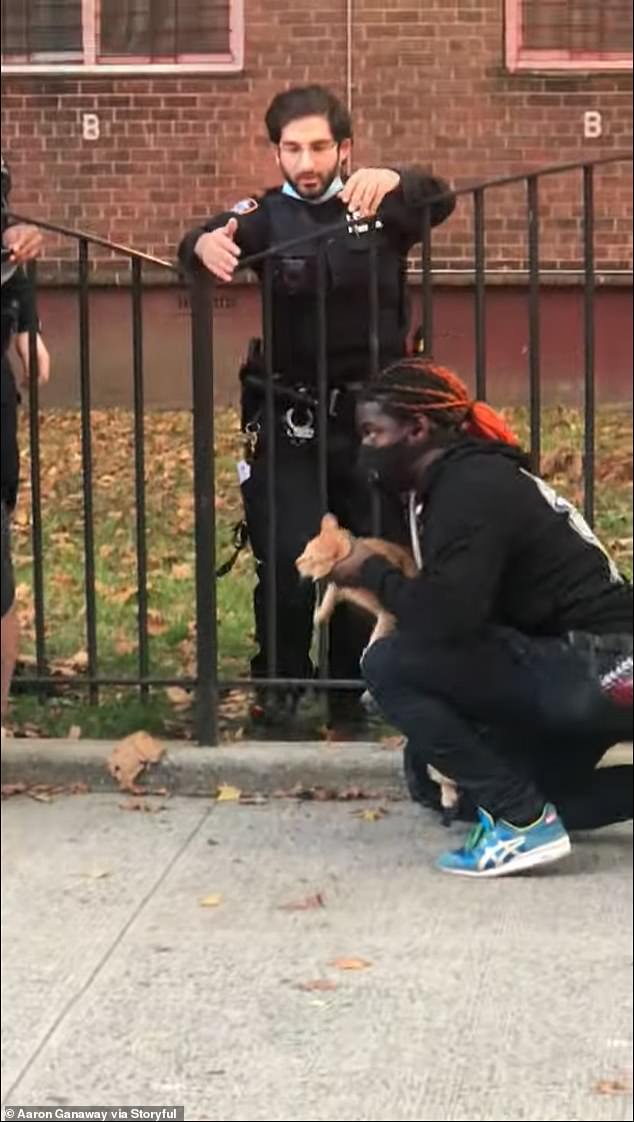