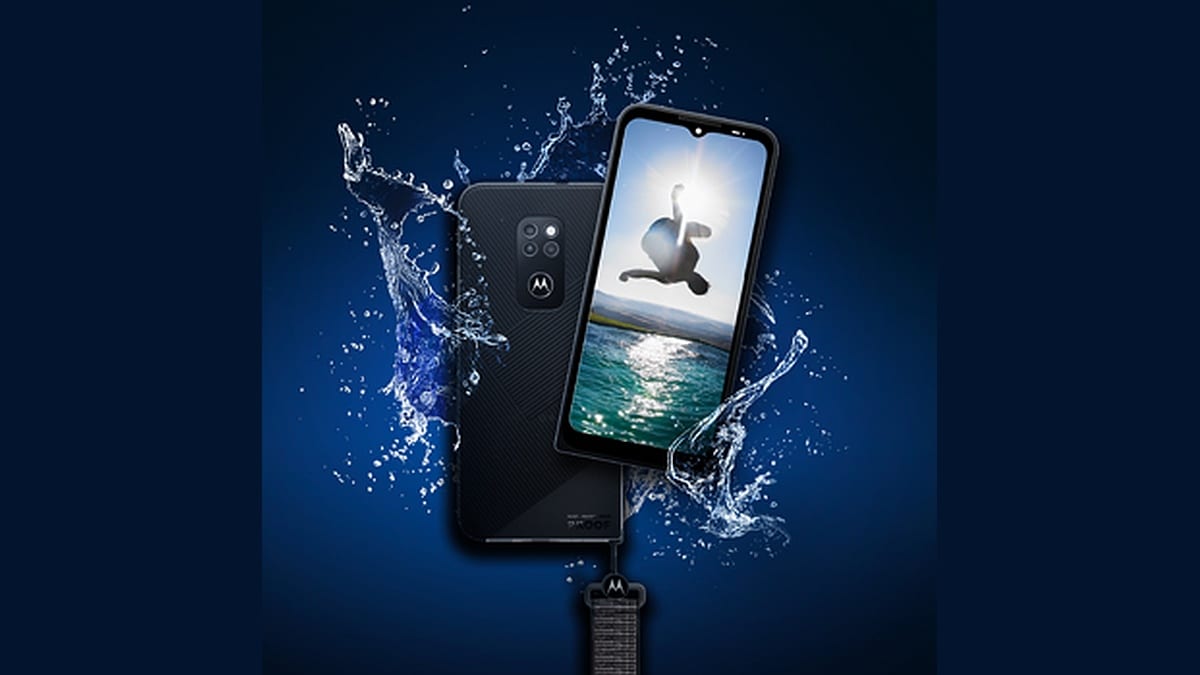 Motorola Defy specifications have leaked in full by a tipster on Twitter. A few renders of the rugged smartphone from the Lenovo-owned company that was last spotted on Google Play Console and Geekbench listings — albeit under the codename ‘Motorola Athena’ — have also surfaced online. The leak shows that Motorola Defy may feature a programmable button with PTT mode along with the power button and volume rocker. The rugged smartphone is tipped to come with an IP68 rating for dust and water resistance.

The specifications and renders of the upcoming smartphone, expected to be called Motorola Defy, were leaked by tipster Evan Blass (@evleaks) on Twitter. The rugged smartphone from Motorola is also said to comply with military-grade specification 810H, which provides it with Category 4 vibration resistance, humidity, and salt mist resistance. The certification means it can also handle temperatures between -30 degrees Celsius and 75 degrees Celsius. Additionally, users can wash the Motorola Defy smartphone with soaps and disinfectants.

As mentioned, the phone is said to come with IP68 certification for dust as well as water resistance of up to 1.5 metres for 35 minutes. Alongside, it could also be drop-proof from up to 1.8 metres onto steel. The Motorola Defy is tipped to sport a structurally reinforced Printed Circuit Board (PCB), and come with a lanyard that is supposed to reduce the chances of drops.

Motorola Defy is expected to come with Android 10 out-of-the-box and should be upgradeable to Android 11. Under the hood, it may be powered with an octa-core Snapdragon 622 SoC paired with 4GB of RAM. Its 64GB of onboard storage can be expanded via microSD card. The phone is likely to sport a 6.5-inch (720×1600 pixels) HD+ display with a 20:9 aspect ratio, Corning Gorilla Glass Victus protection, which would make it usable with wet fingers. The specifications leaked by Blass are in line with those suggested by the phone’s Google Play Console and Geekbench certification site listings.

In terms of optics, the Motorola Defy could feature a triple rear camera setup with a 48-megapixel primary sensor paired with an f/1.8 aperture lens, a 2-megapixel depth sensor, and a 2-megapixel macro lens. Selfies and video calls could be handled by an 8-megapixel primary sensor. Connectivity options could include 4G LTE, VoLTE, VoWiFi, dual-band Wi-Fi, Bluetooth v5.0, NFC, and a 3.5mm headphone jack. Sensors onboard are said to include proximity, ambient light, accelerometer, gyro, eCompass, GPS, as well as a fingerprint sensor.

Motorola Defy is tipped to measure 169.8×78.2×10.9mm and weigh 232g. It may be offered in two colour options — Black and Forged Green, and may pack a 5,000mAh battery that supports 20W TurboPower fast charging via a waterproof USB Type-C port.