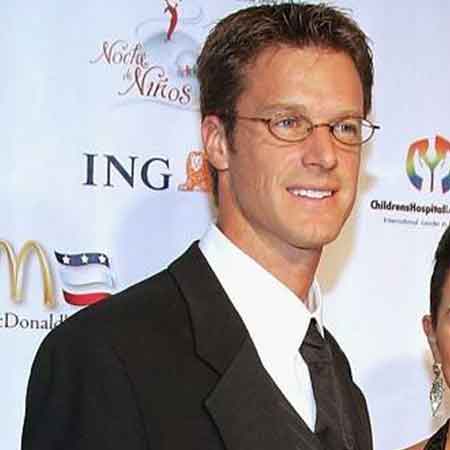 Who is Paul Edward Hospenthal?

Over the years, Danica has become one of the most praised female NASCAR drivers, and is an idol to women all around the world. However, in her love life she hasn’t been that successful, as she has several relationships behind her that just fell through. One of those was marriage to Paul Edward Hospenthal, so, what do you know about him?

Paul Edward Hospenthal was born on the 5th June 1965, in Tacoma, Washington USA, and is a physical therapist who specializes in sports injuries suffered from playing golf or in racing, but is probably better known to the world as the ex-husband of Danica Patrick.

Do you want to find out more about Paul, from his early life to most recent career endeavors and his personal life as well? If yes,then stay with us for a while, as we are about to bring you closer to one of the most successful physical therapists in the USA.

Unfortunately, Paul has decided to hide away the important details from his early life, including the names and professions of his parents, whether he has any siblings or not, and his school education. After high school, he enrolled at the University of Puget Sound in his native Tacoma, during which Paul was also a part of the school’s track team, running 400m races. After graduation, he continued at Western Michigan University, where he studied sports medicine.

Career Beginnings and Rise to Prominence

Interested in sports from high school years, he would start playing golf for fun, and with his knowledge of how to treat sports injuries, he was slowly earning a name for himself on golf courses as a competent physical therapist. He became acquainted with several celebrities, who just like him played golf for fun, and which led him to more patients, one of them being Danica Patrick. The couple met in the early 2000s, and soon became a couple. It was in 2004 that the two announced their engagement, and throughout the season Danica wore a diamond engagement ring

Popularity Through Marriage and Divorce

The couple tied the knot in 2005 in a small and rather private ceremony, with only family and closest friends in attendance. Once the news of Danica’s wedding broke, everybody wanted to find out more about Paul. This increased his popularity, and made him famous across the US, but he has cleverly managed to hide all major information about his life before Danica. However, Paul and Danica’s marriage couldn’t stand the test of time, and after eight years the couple divorced; it was then discovered that Danica had an affair with a race car driver Ricky Stenhouse Jr., while she was married to Paul, which actually continued until 2017.

Following the split from Danica, Paul has continued on with life by focusing particularly on his practice, and lives his life away from the public eye. He and Danica didn’t have children, and there are no reports of Paul’s now having a romantic relationship, as he has also continued with his practice of keeping personal details to himself.

Since launching his career, Paul has worked with a number of sports, celebrities, particularly golfers and racer, which has made him rich and popular. So, have you ever wondered how rich Paul Edward Hospenthal is, as of late 2018? According to authoritative sources, it has been estimated that Hospenthal’s net worth is as high as $1 million, which is still pretty decent don’t you think?

Now that we have covered all there is about Paul, let’s share some information about his ex-wife, Danica.

Born Danica Sue Patrick on the 25th March 1982, in Beloit, Wisconsin USA, she is the daughter of Beverly Ann and Terry Joseph Patrick Jr.; she has a younger sister Brooke, who is now a pediatric physical therapist. Danica started with go-karts, and it was as early as 2005 that she became a part of the IndyCar Series racing series, driving for Rahal Letterman Racing and was named rookie of the season. However, it was in 2008 that Danica reached stardom, by achieving her first victory, at the Indy Japan 300 race held in Montegi. By winning the race, Danica became the first women driver to achieve such a thing, and in 2009 she was the first women driver to finish in the first three at the Indianapolis 500. Over the course of her career, Danica set several other records, and built a net worth estimated at $60 million, as of late 2018.