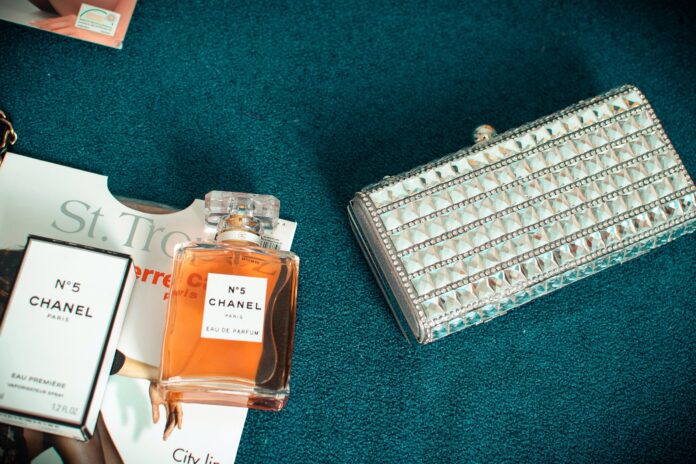 A recent survey has revealed that Ariana Grande is the most popular perfume brand in the UK. The brand, which is owned by the American singer, beat the likes of Chanel, Marc Jacobs and Jo Malone to top the list. On average, the Ariana Grande perfume brand was searched for 49,500 times per month and a total of 590,500 times over the course of 12 months.

The report was carried out by beauty experts, Cosmetify and compared the search volumes of various perfume brands between July 2020 and July 2021. Using the same analysis method, Ariana Grande was also found to be the most popular brand in the US over the same time period.

The American singer collaborated with Luxe Brands to release her first perfume – which was named Ari – in 2015. Following fragrances have often been named after Ariana Grande’s hit singles, such as Thank U, Next and R.E.M. The range features a mixture of fruity and floral scents in a variety of novelty bottles, including those in the shape of a broken heart and a cloud. Her latest release was God Is A Woman, which has a fruity musk and is made from vegan and cruelty-free ingredients. 91% of the ingredients are also naturally derived.

Several of the most popular perfume brands are owned by fashion houses, such as Tom Ford, Marc Jacobs and Chanel. Jimmy Choo is a world-renowned luxury brand, so it’s little wonder that perfumes by the designer made it into the top three of the UK’s most popular brands. The designer is famous for the likes of its shoes and accessories but since the introduction of its fragrances in 2011, the company has hit gold in the perfume market.

The report also found that Chanel was the fourth most googled brand over this time period, with 526,500 between July 2020 and July 2021. Tom Ford received 340,900 searches, whilst the American brand Marc Jacobs was subject to 324,500 online enquiries.

During the recorded 12 months from July 2020 to July 2021, Jimmy Choo was searched for 553,500 times online. Some of the brand’s bestsellers include I Want Choo, Flash and the Original fragrance. The I Want Choo scent is a combination of mandarin juice, velvet peach and jasmine, whilst Flash is just as fruity, with top notes of strawberry and tangerine. Jimmy Choo’s Original fragrance, which was released ten years ago, is a mixture of pear and orange, as well as sweet toffee.

Tom Ford sells luxury perfumes such as Rose Prick, which has top notes of Rose de Mai and was inspired by the founder’s own rose garden. Other nostalgic scents include Lavender Extreme and Ombre Leather, which are packaged in sleek, matte bottles. Since the brand released Black Orchid, it has become one of Tom Ford’s best selling fragrances. The unisex perfume has rich hints of spices, as well as citrus notes. It perfectly combines the fruity scent of women’s perfumes with a richer tone that is usually found in men’s cologne.

Daisy is perhaps one of Marc Jacobs most popular and classic scents. The range includes various fragrances, such as Daisy Love Eau So Sweet, Daisy Dream and Daisy Eau So Fresh in iconic bottles that feature large ornate flowers.

Hollywood starlet Marilyn Monroe famously said that she only wore Chanel No.5 to bed, which has helped to immortalise this iconic fragrance in history. Other popular scents by this brand include the men’s fragrance Bleu de Chanel and Chanel Allure Eau de Parfum.

Three French luxury brands made it onto the list of the UK’s favourite perfume brands – Chanel, Lancôme and Dior. Although these brands didn’t make it into the top five most popular perfume companies, they both received over 200,000 online searches each. Lancôme was googled 229,300, whilst Dior had slightly more searches at 259,900.

Dior has released many classic fragrances over the years, such as Miss Dior, Sauvage Elixir and J’adore Eau de Parfum Infinissime. The brand’s founder, Christian Dior was as passionate about creating the perfect perfume as he was about designing clothing. Miss Dior was the first perfume to be released by the company (alongside the brand’s first clothing collection) and its popularity proves that it has withstood the test of time.

There have been various influential women who have been the faces of Lancôme over the years, such as Kate Winslet, Zendaya and Julia Roberts. The French brand has aspired to appeal to female customers of all ages and features popular scents such as La Vie Est Belle L’eau de Parfum Blanche and La Vie Est Belle Happiness Shot.

Chloé fragrances come as both Eau de Parfum and Eau de Toilette, in a range of aesthetically pleasing gold and silver bottles. The fragrance brand belongs to the luxury fashion house of the same name, which was founded in the 1950s. One of the most popular collections is the Atelier des Fleurs Tuberosa range, which is made up of 12 different scents. It includes fragrances such as Papyrus, which has woody, earthy scents and Vanilla, which has a floral tone.

Top Ten most popular perfume brands in the UK

Aside from the previously mentioned perfume brands run by fashion houses, there are various other household names that were listed as some of the most popular in the UK. This includes Jo Malone London, a British brand that was formed by its namesake in the early 1990s. The company received an impressive 509,100 online searches by the general public in the UK over 12 months.

Not only does the brand create beautiful scents such as English Pear and Freesia Cologne, but the company also has a firm sustainable mindset. All ingredients that go into the brand’s products come from a sustainable and organic origin and the company 100% of the manufacturing sites send zero waste to landfills.

Ghost is another off-shoot of a fashion brand that has firmly established itself in the fragrance industry. The iconic shape of the bottles, including the crescent moon and hourglass, are instantly identifiable on the shelf of a boutique. Some of the popular scents include Deep Night, Midnight and Sweetheart. Collectively, the brand has been googled 332,700 times in the 12 months between July 2020 and July 2021.

Below is a table displaying the UK’s most googled perfume brands in the UK and the total number of times that they were searched over 12 months.

The UK’s most popular perfume brand was found to be owned by Ariana Grande. With a total number of 590,500 online searches, the Dangerous Woman singer can add a successful fragrance brand to her impressive CV. Some of the bestsellers from Ariana Grande’s range include her signature scent Ari and R.E.M. Her latest release is the scent called God Is A Woman, which was released in Summer 2021.

Other brands that made the list include Jimmy Choo, Marc Jacobs and Chanel. Many of the brands are on a mission to make their products more sustainable, such as reducing the waste that is being sent to landfills.

Whether you’re looking for a perfume that smells of orange blossom and pink pepper or coconut milk and tonka bean, there’s plenty of choice amongst these brands. Keep an open mind as you fragrance shop because you never know which scent might become your next favourite!