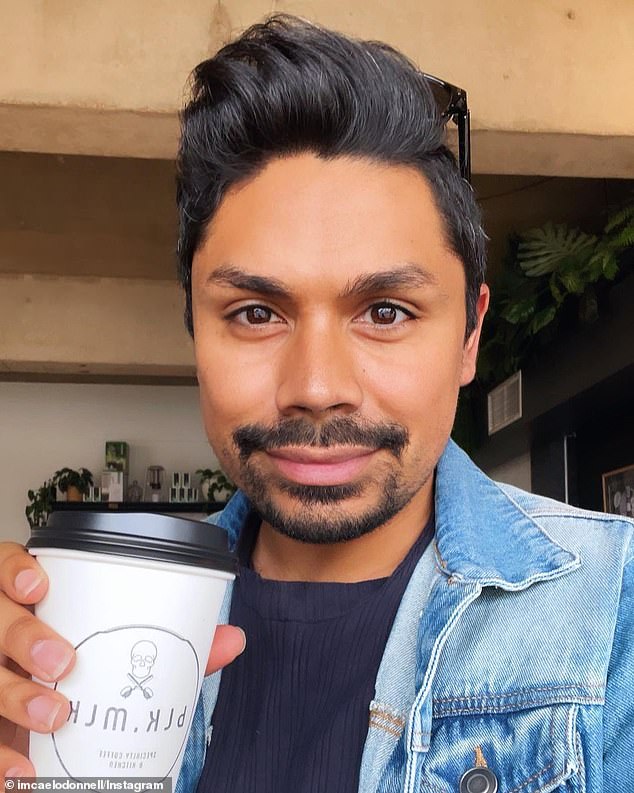 Cael O’Donnell, a therapist turned ‘TikTok psychic’, claims he knew when his mum would die two years before it happened after being ‘told by his spirit guides’.

The 25-year-old man from Mildura in regional Victoria, said the day his mum died he went to school to do an exam knowing that when he got home she wouldn’t be there.

When he got a phone call from his aunties to say she had died in her bed aged 44, leaving him and his young sister orphans at 16 and 14, he was already emotionally prepared for it.

It was one of the many moments in his life that led to him quitting his job in the middle of the pandemic to work as a psychic.

Cael O’Donnell, a therapist turned ‘TikTok psychic’, claims he knew when his mum would die two years before it happened after being ‘told by his spirit guides’. 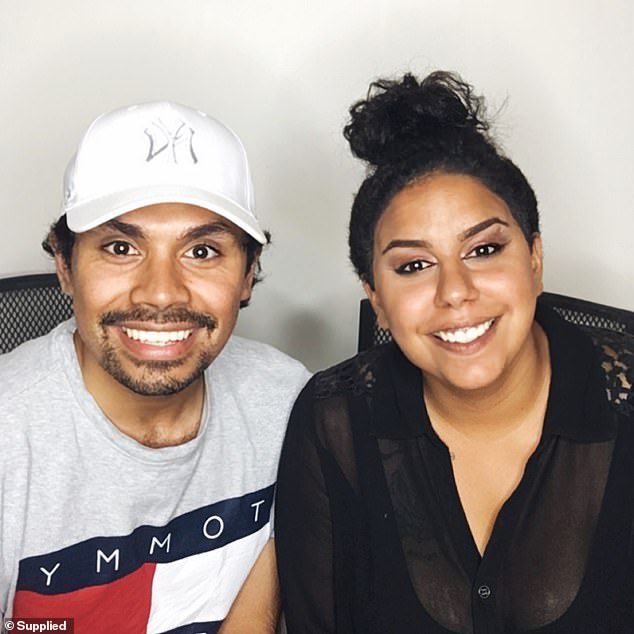 Cael pictured with his younger sister, Shakirra, who is 23 and ‘doesn’t believe in psychics’

‘In my (Aboriginal) culture it is a normal thing for the aunties to check in on each other, they thought mum was sleeping but then realised she wasn’t breathing. She was just laying peacefully in her bed,’ he told FEMAIL.

Nine years on and Cael has honed his psychic skills and says his mum is his biggest fan – ‘pushing him to succeed from the spirit realm’.

The psychic quit his job as a therapist in a mental health ward in December, 2020, to focus on performing psychic readings for people over the phone and on TikTok.

‘It was time to be brave and take the plunge and hope that spots filled up, and they did,’ he said.

Cael offers free two-minute readings on the platform, where he has over 590k followers, in between his regular sessions with clients which cost $405 for 40 minutes.

‘I have two openings for bookings each year, that show the time slots available for the next six months and they usually book out in about three minutes,’ he said.

He has a 24,000-strong waiting list for appointments. The 25-year-old used to squeeze appointments into his weekends and after work before moving full time. 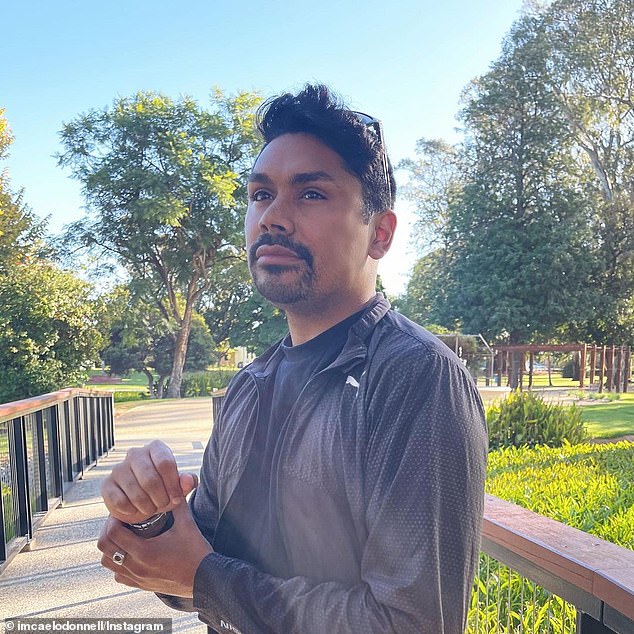 The 25-year-old man from Mildura, in regional Victoria, said the day his mum died he went to school to do an exam knowing that when he got home she wouldn’t be there

Some of his TikTok videos have gone viral and been seen my millions of people – with many skeptics even ‘becoming believers’ after seeing the young Aussie at work.

His younger sister Shakirra, however is not sold on the idea and ‘doesn’t believe in spirits or psychics or anything she can’t see’ but tells Cael to ‘be himself’ anyway.

‘I don’t think she is convertible, she is the only person who I haven’t been able to convert after showing off my gifts,’ he said.

He says it is his job to ease suspicious minds and prove he knows what he is talking about because of his connection with the other realm.

‘I ask people to sign up with dummy names and email addresses – so that way there is no way I can Google them before a session,’ he said. 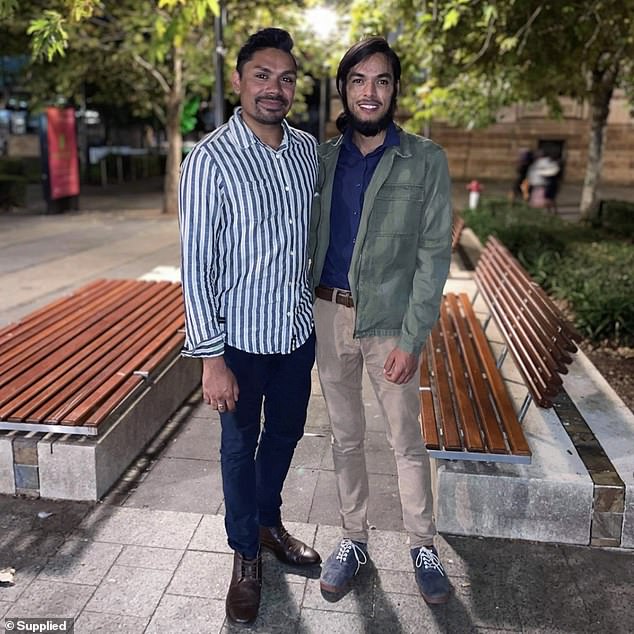 Cael with his partner, Jovanny Galdeano Nevarez, also 25. Cael and Jovanny are going to relocate to Mexico at the end of the year

‘I then like to say things early on which no-one could know,’ he said.

‘If you can’t prove you are connecting and know things no-one else could then ‘you aren’t worth money,’ Cael said.

Cael said the most common things people want to know about are their love lives, future children and to connect with dead mothers and grandmothers.

‘I spoke to one woman and told her she would be having a baby girl the following October – a few days later she messaged me to tell me she took a pregnancy test after talking to me and it was positive. She hadn’t planned on having a baby with her husband but was so excited.’

Cael can tune into people’s energies and interact with their loved ones from anywhere in the world.

‘I have clients from all over the world, as well as my live-audience shows here in Australia.’

Cael never met his father in real life but said he has had encounters with him in the spirit realm.

‘At first he looked a lot like a dog with its tail between its legs, then he said sheepishly that he never got to meet his son.’

‘He looked a lot like me, just fat, I remember telling him I hope I don’t get fat like him,’ he said.

‘But I have a friendly relationship with him now, with everyone in spirit but mum is my biggest fan.’

The young psychic believes he stands out because of his talents, but also because he is a 25-year-old Aboriginal psychic and a man. 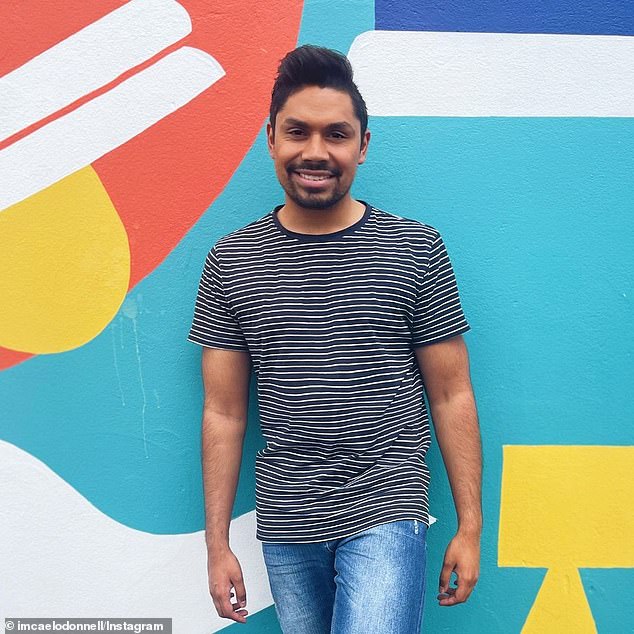 How does Cael prepare to tune into his psychic powers?

Firstly I raise my vibration with music and dance.

I like to put on house music like Avicci, David Guetta, Fiasco etc. this helps stimulate my energy so that I can be ‘high vibe’.

I then spend a good 20 minutes in prayer contacting my spirit guides and indigenous ancestors.

They connect me with loved ones who crossed over or provide me with information about a client. I seal the reading with a ‘white light’ and ask for divine guidance and protection.

I like to light a candle and put some essential oils in a diffuser. I often spend time speaking to your loved one before you even arrive to ‘break the ice’.

‘I don’t know anyone else like me doing this, I have never met another indigenous Australian psychic.’

He will soon move to Mexico so he can be with his scientist partner, Jovanny Galdeano Nevarez who has family there.

‘I don’t have much family here and he is close with his, plus it will bring me closer to the US market,’ he said.