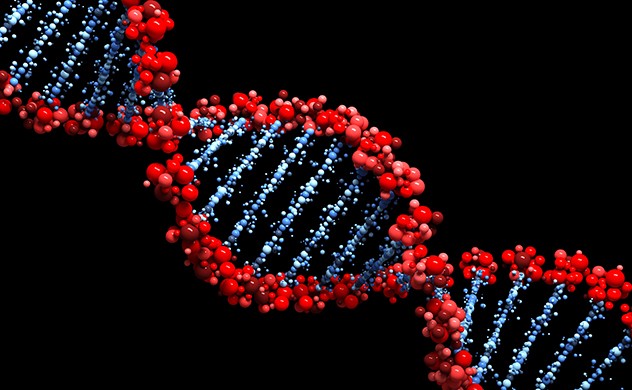 I want to talk about genetics. If I had a dollar for every time, over the years, that I’ve heard someone say, ‘Oh, it’s in my genes, it runs in my family’, I would be a rich man.

We were all raised to believe that our parents’ genetic makeup is a window into our future. But I have stories, some anecdotal, some based on scientific studies, that prove the contrary.

One patient of mine, Rita, had five sisters who all had breast cancer. Her mother also had breast cancer. Rita, however, a dedicated health nut, never got the disease. I knew her well into her 70s, at which time, I ended my chiropractor practice to do what I do now. She was a picture of health.

This knowledge was an eye-opener for me, and I wondered if it was maybe a coincidence. Statistically speaking, it makes sense for there to be an outlier, even in such a consistently breast cancer-ridden bunch.

But then there was Stacy. Stacy worked for me for almost 20 years. She started when she was 19, and she has a twin sister named Tracy. When Stacy began working for me, it was difficult for me to tell the twins apart. But now, I can tell the difference between the two because one is extremely healthy, and one is quite unhealthy.

We have to remember, in this instance, that they are identical twins, which means that their genetics are identical. The way that they lived, though, determined the path their lives took. So, at this point, I was thinking, genes must play a role, nobody can deny that… but I don’t think they are the end-all, be-all.

My last story, before we get into the science, is closer to home. Growing up, I had two uncles, Uncle Mick and Uncle Andy. Both of them had bad hearts and were essentially told that there wasn’t much they could do.

Faced with the possibility of a heart transplant, doctors told them that because their father died of a bad heart, they were destined to do the same.

Unfortunately, Uncle Mick believed the doctors. He died at age 64. Not more than five years after being told the bad news.

Uncle Andy, on the other hand, wasn’t going to take it lying down. He is 84 and still takes a five-mile walk every day. From over 200 pounds to now 160 pounds, he is a picture of health, and I am so proud of him.

They were both told that genetics would rule their fates, but Uncle Andy took the situation into his own hands.

I can’t stress this enough: You can change your faux genetic destiny with food and fasting.

Epigenetics, the root word ‘epi’, meaning ‘above’, is a field of study that was born in 2007. And it was an eye-opener for everyone who believed that genes are our only source of destiny.

What was found in the preliminary studies at Duke University is that we really are what we eat, but more so, we are what our mother and grandmother ate too. Everything has an impact on us.

A researcher at the University was fiddling around with some Agouti mice. Agouti mice get their name from the Agouti gene that denotes yellow fur, obese weight, and the high likelihood of early death due to heart disease, cancer, or diabetes at a young age in mice.

But the researcher knew there were these things called methyl groups, which are a carbon atom and three hydrogen atoms. Methyl groups act as ‘tags’ on our genes, otherwise known as gene expression.

The researcher postulated that methyl groups could change things, so he started fiddling with them by feeding female soon-to-be-mother mice a diet of solely greens and some supplements. Low and behold, the Agouti mother mice gave birth to healthy, slender, brown mice that lived well beyond the years of standard Agouti mice!

This study blew the lid off of the accepted understanding of genetics.

No longer can we say that genes are our destiny. Genes load the gun but what we do every day in our lives determines whether we pull the trigger. You might have genes of susceptibility or weakness, but it’s not the ultimate determining factor in most cases.

Dr. Bill Cole, Founder of the largest functional medicine group of its kind, has created the Cellular Health Accelerator Program that helps people to be well, feel well, and age well. He has helped to transform the lives of thousands and has spoken on stages across the nation. For more information, visit https://drbillcole.com/

The Dental Products That You Need!

What is the Best Diet Plan For Type-2 Diabetes?

5 Drug Addictions To Watch Out For in Teens & Young Adults