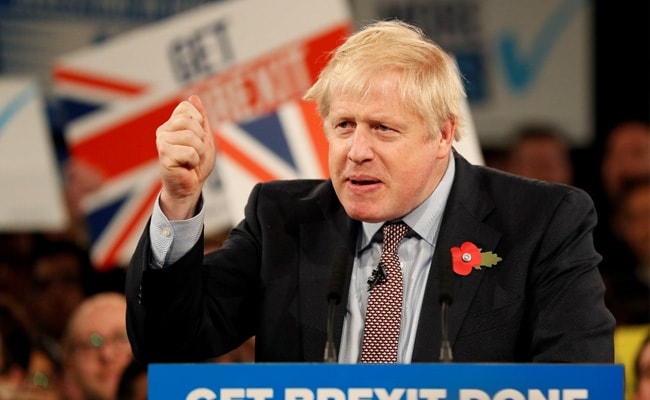 “The police and the city have my full support,” Boris Johnson said. (File)

Police in Bristol arrested 10 people on Friday night after what they called “violent conduct” at the protest, which swelled to 1,000 participants despite a government ban on mass gatherings owing to the coronavirus pandemic.

Previous “Kill the Bill” demonstrations in Bristol last Sunday and Tuesday also turned violent, with protesters demanding the withdrawal of the legislation, which critics say harshly restricts the right to peaceful protest.

“Our officers should not have to face having bricks, bottles and fireworks being thrown at them by a mob intent on violence and causing damage to property,” he said.

“The police and the city have my full support.”

Protesters in Bristol have accused police of excessive force, and mocked them after the local force was forced to admit that it was mistaken in initially saying some officers had suffered broken bones last Sunday.

Further protests against the bill occurred later Saturday in several other British cities, despite police warnings for people to stay away because of the coronavirus ban.

In the northern city of Manchester, police arrested 18 people who had blocked tram lines after the bulk of other protesters had left peacefully.

Earlier, the protesters had marched through the city centre, and took the knee in front of a mural of George Floyd, the African-American man whose death in the US last year under police arrest sparked a global wave of Black Lives Matter demonstrations.

Police in the south-coast city of Brighton faced off with protesters who had blockaded the road outside a downtown police station.

The chanting crowd peaked at up to 300 people at one point, but had largely dispersed by late Saturday, Brighton newspaper The Argus reported.