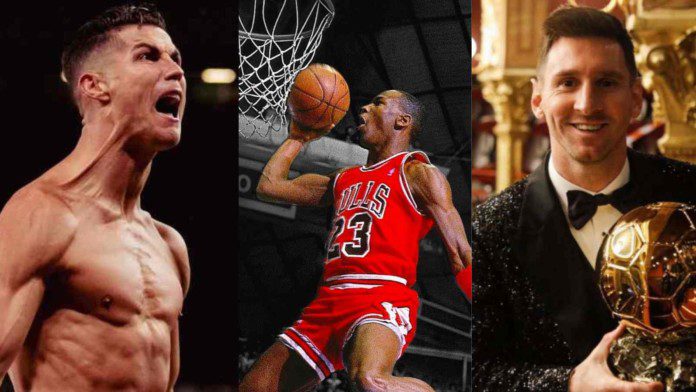 Undoubtedly, one of the top arguments that every soccer and basketball fans engage in is who is the greatest of all time. People end up having endless arguments where they take sides and try to use numbers and other metrics to justify their decisions. In most cases, these arguments end in a stalemate.

Even top athletes and pundits join these arguments to give their expert picks for the sport’s greatest of all-time lists. However, we end up not having a clear end to the argument of who is the undisputed G.O.A.T. of basketball or soccer. But, some active players have cemented their names at the top of the pile over the years, and here are our six picks.

If there is any name that has consistently stayed on the lips of many soccer fans, Lionel Messi is one at the top. Since bursting on the top scene in 2005, he has been one of the most prolific players with all-around abilities to help his team. Messi has some of the best records in the sport and continues to set incredible records.

The Argentine has been at the top of his game for decades and is the only player to receive seven Ballon D’Or Awards. He has also won it in three decades, showing how incredible he has been since becoming a professional footballer. The only trophy that eludes this maestro is the FIFA World Cup, and who can say, Qatar 2022 might just be his year.

Cristiano Ronaldo is the only player that can be called in the same breath as Lionel Messi. He started his career in Lisbon before moving to Manchester to dazzle the world.

However, it wasn’t until his move to Real Madrid that he reached the peak of his powers. We saw a player that could command games and change the course.

Ronaldo has surpassed so many players since the start of his career, and even though he is getting close to 40, he is still delivering at the highest level.

Undoubtedly, if there are players that should be in the G.O.A.T., Cristiano Ronaldo is on that list. He has the records, awards, and trophies to back it up.

Although the top two duos, Lionel Messi and Cristiano Ronaldo, remain the focal point of most debates, everyone with solid football knowledge will know that Ibrahimovic is up there. The Swedish striker might be arrogant, but he has the numbers and records to back it up, as he has proven to be a prolific striker everywhere he goes.

He started his career in Ajax and has played in four different decades, and he doesn’t seem to be slowing down as he recently helped AC Milan win their first Scudetto in 11 years. So, if any other active player can enter the conversation with the other two, Zlatan Ibrahimovic is at the top of the list.

In basketball, especially in the N.B.A., many names have impacted the sport during their time, and Lebron James is one of the active players doing that now. He is at the top of his game and continues to deliver at the highest level. If there’s any active basketball player that deserves a shout in the G.O.A.T. debate, James fits the profile.

He has been a solid player for many years, and one of the most significant parts of his playing career is that he helped the Cavaliers win their first N.B.A. championships.

Also, he has multiple rings and has helped all the teams he played with contend for the title. Therefore, Lebron James is a top name in basketball.

Steph Curry is the undisputed best shooter of all time. His shooting prowess has brought so much to the Warriors and won them four N.B.A. championships and many conference titles. The team has been consistent since Curry became a starter, and without a doubt, there is more left in the tank.

The 34-year-old has also improved his all-around game, showing that he can drive to the basket and defend when he is not shooting threes. There is no way to describe Steph Curry being one of the best players today. When he retires, he will go into the legendary books as one of the all-time greats.

Tall, athletic, and precise. Kevin Durant is all of these and more. He is one of the best players in the N.B.A. today and continues to show why he stays in the conversation.

Durant uses his height well, and even though he is not as buff as many basketball stars, he defends well and can drive to the basket.

What he brings to the table is immersive, and with the right players around him, he can deliver the Championship to any team.