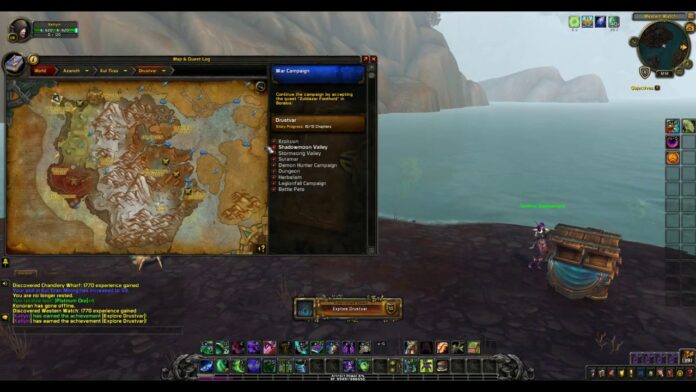 Western Watch isn’t found throughout the primary quest-line, as this is among the most difficult places to see if finishing the “Drustvar Explorer” and the “Battle for Azeroth Explorer” accomplishments. Located on the island found in the northwestern corner of this map, this can be quite easily overlooked.

First We Understand The Drustvar. Where It Is Situated?

How to get to western watch in Drustvar? Drustvar is the westernmost region of Kul Tiras. Heavily forested and mountainous, Drustvar is more inhospitable than neighboring lands, and produces most of the kingdom’s ore as well as some of its toughest warriors.

Drustvar is a forested, mountainous area. It was once occupied by a kingdom of vrykul called the Drust. When humans arrived on Kul Tiras, they slew the Drust and took the area as their own. The Drust created stone golems in their war with the settlers. The human armies, led by House Waycrest, researched their magics and created the Order of Embers to counter it.

In the present day, Drustvar is controlled by the Lord and Lady of House Waycrest, who have gone suspiciously absent. In their absence, Drustvar’s contributions of arms (and sausages) have begun to dry up. The Alliance is working with their Kul Tiran allies to get to the bottom of the mystery, as well as the curse over the land.

Now You Can Understood The Drustvar Western Watch Exploration Locations: