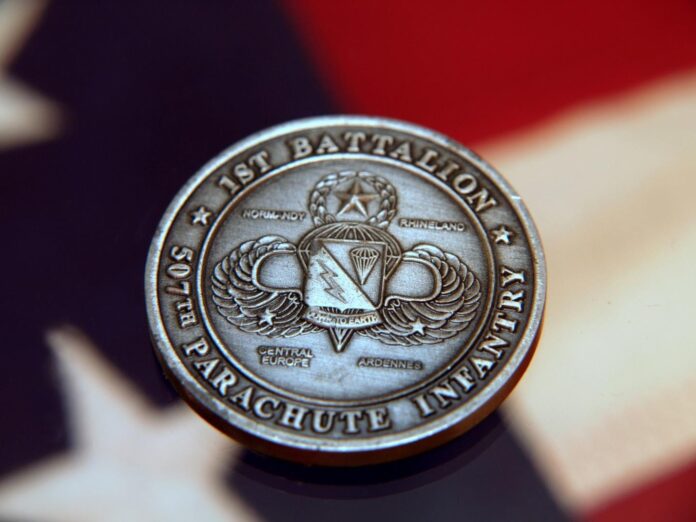 Do you ever wonder about those cool coins your military friend has sitting on her shelf? The ones that your brother always keeps in his pocket?

If you’re too shy to ask them personally, we’re going to explain them to you today. A military challenge coin can mean a lot of things to someone. There are a few ways that a service member can get them, and we’re going to go through those in this article.

Hopefully, the ideas below will give challenge coins a little more meaning when you see them on your loved one’s shelf. Let’s take a look.

Where do Challenge Coins Come From?

The first known use of an American challenge coin comes from World War One. An Airforce member had the coins made for his entire squadron.

Everyone loved the medallions and showed them off to anyone who would look. Later on, one of the members of that squadron got shot down behind enemy lines. He had a number of miraculous strokes of luck and got back to French territory before German soldiers found him.

The French thought he was a German spy, though. It was only after one of the French soldiers recognized his coin that his identity got verified. He kept his life because of the coin.

Since then, the Army, Navy, marines, and Air Force have all started using challenge coins.

What Does It Mean to Get a Challenge Coin?

Challenge coins typically signify that someone is in a special group. That group could be The National Guard in general, or it could be a specific faction of the Army.

There is a number of groups and subsections throughout the armed forces. It’s possible for a person to get multiple challenge coins as well. In addition to participation in a group, challenge coins get offered for exemplary service.

If you performed well in a war zone, you might get a challenge coin as well. Coins also get offered to members of the military in very high places. There are even presidential challenge coins given to active commanders in chief.

For a lot of people, the coins represent something very personal and very special. It’s an honor to receive a coin.

Challenge coin etiquette requires that a person must have a coin on them at all times. If they don’t produce the coin when asked, they’re open to a challenge.

It’s like a Truth or Dare challenge, except that you’re required to take the dare option. In a lot of cases, the person who doesn’t have the coin gets asked to buy a round of drinks for the bar.

They might also have to run through the street with their pants down or something goofy like that. In any case, you don’t want to be caught without a coin.

The tradition of the challenge coin is a rich one, and it doesn’t seem to be going anywhere. We’re here to help you learn more if you’re interested.