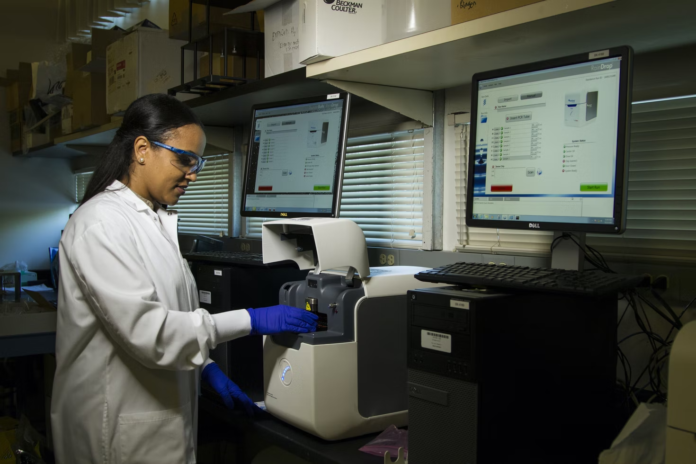 Just as the medicine and healthcare industry is constantly evolving, so too is the technology that influences it. Over the last couple of years, the world has seen a rise in technological devices and systems which has not only changed the way we live, but also directly innovated the way we are treated and cared for.

This has never been more evident than over the last few years, where tech developments have caused disruptive innovation across the healthcare industry. Put simply, disruptive innovation is the act of sweeping away original habits and systems in favour of qualities and features which are more superior. In terms of medicine, this has been noticeable both on the front line and back-end operations, as a number of improvements continue to be made in surgical practices, drug discovery and medical training in particular.

But what are these tech developments, and how are they disrupting the healthcare field? Below is a selection of three which have made the loudest impact in the last couple of years:

Although the very first VR invention was created back in 1968, it is only in the last few years that its potential has truly been realised. When it comes to medical sectors, VR offers a multi-sensory experience which can both aid surgeries and helps suffering patients.

The immersive nature of VR means that medical professionals and students alike can gain a far better understanding of a surgical procedure, which will boost their efficiency and planning when it comes to operating in reality.  Similarly, VR is said to have a therapeutic potential which can assist pain management during rehabilitation, helping patients physically and mentally cope with post- or pre-surgical pain.

Artificial Intelligence (AI) is also a big player in the medical arena right now, especially when it comes to drug discovery. As of now, drug discovery has been a painstaking task which is not only expensive but also prone to failure (90% of therapies do not make it to regulatory approval). With AI, however, drug discovery has gained superior data recognition, making it far more cost and time efficient.

To give an example, Cerella by Optibrium uses a unique deep AI learning approach to overcome limitations in drug discovery data and accurately predict high-quality compounds. It has been receiving investments to drive its growth and advance its impact in the field of drug discovery.

Although more research is still needed when it comes to the potential of 3D printing in the healthcare market, so far it has shown positive results that have heavily disrupted traditional practices and associated costs. Right now, 3D printing is being used to develop surgical and drill tools at a fraction of the original price.

As well as this, it is aiding organ transplants, tissue repair, stem-cell organoids and prosthesis building. This has not only opened up the possibility of what can be achieved within surgeries, but it has also allowed more money and time to be spent in other areas of the field.

The Future Of Medicine

Of course, there are many other technological advances making disruptive innovations, but these are three that have had the most immediate revolutionary effect in the last few years. Through their development, as well as developments in other areas such as nanomedicine, IoT or bioneedle sensors, we can expect to see the medicine and healthcare industry soar higher than it ever has before.

So long as technological advancements continue, so too will healthcare optimise itself to utilise those advancements, providing the sort of care that wouldn’t even have been dreamed of fifty years ago.